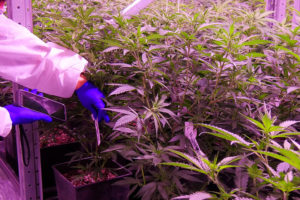 The ongoing and untenable conflict between state and federal law regarding cannabis creates a wide-range of inconveniences, injustices, and inconsistencies that impact cannabis business owners and employees alike. A federal appeals court recently addressed one such issue: whether an employee in a business that is illegal under federal law is entitled to overtime pay and other wage and hour protections provided by federal law.

In Robert Kenney v. Helix TCS, Inc., the U.S. Court of Appeals for the 10th Circuit held that the Fair Labor Standards Act (FLSA) and its requirements as to overtime pay apply to a worker for a company that supplies services to state-legal Colorado cannabis businesses.

The employee sued his employer for misclassifying him as “exempt” from FLSA overtime pay requirements and failing to pay him and other employees the one and one-half times their regular rate for all hours worked over 40 in any given workweek, as required by FLSA. In turn, the employer asserted that the FLSA did not apply to cannabis workers, and the lawsuit should, therefore, be dismissed because Colorado’s recreational marijuana industry violates the federal Controlled Substances Act.

Congress Could Have Exempted Cannabis Workers From FLSA. But It Didn’t.

The court disagreed with the employer’s assertion that allowing cannabis employees to receive FLSA protections despite the Controlled Substances Act would “impermissibly render the two laws mutually inconsistent.” Instead, the court noted that “case law has repeatedly confirmed that employers are not excused from complying with federal laws just because their business practices are federally prohibited.”

The court also relied on the fact that Congress amended FLSA several times since the passage of the Controlled Substances Act and the dawn of state-level legal cannabis “without excluding employees working in the marijuana industry, despite specifically exempting other categories of workers.” Because the FLSA “exemptions are narrowly construed against employers,” the lack of any language in the FLSA that would explicitly or implicitly keep cannabis workers from availing themselves of the law’s protections means that the FLSA does apply to them.

While the 10th Circuit’s ruling ostensibly focused on workers under Colorado’s cannabis laws, it should be seen as a bellwether for how courts will treat the rights of cannabis workers and obligations of cannabis businesses in Michigan and other states where marijuana is legal at the state level, including the payment of overtime wages.

At Kreis Enderle, we offer cannabis business owners and employees alike the representation that can help protect their rights and interests. With extensive experience and expansive capabilities in both cannabis law and employment law, we are uniquely suited to address your concerns and answer your questions regarding this court decision or any other matters. Please contact one of Kreis Enderle’s attorneys at (800) 535-4939 to arrange for a consultation.