The Paycheck Protection Program (PPP) ran through its almost $360 billion in funds in less than a week. Thousands of the small business owners and employees the loans were supposed to help were left empty-handed, with applications they never had a chance to complete, or submitted applications that garnered no response.

But there is potentially good news for those who missed out on a PPP loan during the first round of funding. Congress and the White House appear to have reached a deal which includes an additional $310 billion in funding for PPP loans. The new funding bill has passed the Senate and is expected to be taken up by the House this week. The President has publicly supported the bill and is expected to sign it.

As prospective borrowers learned the hard way during the initial application process, some lenders may not have processed applications on a “first-come, first-served” basis, or even if they did, they simply may not have had the capacity to process the number of applications they received. As many potential borrowers also learned, a large number of lenders would only process applications from customers with whom they had an existing relationship. Adding insult to injury, even though many borrowers assumed that only those with fewer than 500 employees are eligible to receive PPP loans, the language of the law actually allowed large, publicly-traded corporations and franchises to obtain millions of dollars through the program.

In addition to the new funding, the new legislation also attempts to address some of the foregoing shortcomings in the initial round of PPP loans. In includes two $30 billion set-asides; one for loans made by federally-insured lenders with assets between $10 billion and $50 billion and another for community financial institutions and small federally-insured banks and credit unions with assets under $10 billion. The intent of these set-asides is to increase PPP loan access for small enterprises such as restaurants and salons in “under-banked” communities that were much more likely to get shut out in the previous round of PPP funding because of the lack of a strong banking relationship.

If you own a small business that has been affected by the COVID-19 pandemic, you should strongly consider applying for the PPP loan program. But it is imperative that you do so immediately when the program reopens, possibly this week or early next week. It is anticipated that this additional funding will be exhausted in under ten days.

Even before the SBA and lenders begin processing applications, you need to contact your lender or reach out to a new lender if your previous application process did not go well. If you transition to a new lender, you may have to establish a banking relationship with that them, something you should start sooner rather than later.

Kreis Enderle attorneys are well versed in the PPP loan application process and are available to assist you. If you have questions regarding obtaining loans through the Paycheck Protection Program or have any other concerns or issues related to the COVID-19 pandemic, please contact the Business Law Practice Group at Kreis Enderle today. 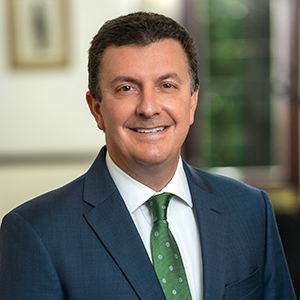