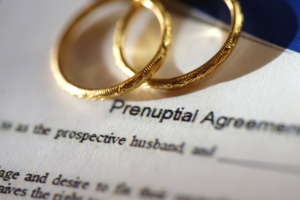 The reality is that anyone with significant separate property, whether investments, real estate, retirement accounts, or any other kind of asset, would be wise to have a prenup in place to protect those assets from division in divorce. A high-earning spouse can also limit the amount of alimony or spousal support they may have to pay. Prenups often provide that spousal support will increase over time. The longer the marriage lasts, the higher the support.

Not everyone who wants or needs a prenup is concerned about property or finances. They may be thinking more about their children or their reputation. Here are some of the factors driving the trend of the increasing popularity of antenuptial agreements:

When the cultural norm was for people to marry in their early 20s, it was less likely that either spouse would bring a business, children, or significant wealth into a marriage. With the age of both men and women at first marriage steadily rising, this has become far more common.

Children From Prior Relationships

Remarriage after divorce is also more common than it once was. It is also more socially acceptable for people to have children even if they were never married. If either party has children from a previous relationship, they may want to protect the rights of those children to certain assets. A prenup can be a useful part of an estate plan.

Millennials and Gen Zs are very aware that the norm of a 9-5 workday has evolved into a culture of startups and side hustles. Dividing even a small business in divorce can be complicated and expensive. If either spouse owns a business before marriage, they may be very interested in making decisions about what would happen to the business in the event of divorce. Sometimes people even want to protect a future business that is little more than a fledgling idea. A prenup can put those decisions into a binding agreement.

Older age at marriage doesn’t just mean a spouse might already have valuable assets. They might also have high debt. This might be credit card debt or a car loan, but the big-ticket item is often student debt, which for some can amount to many thousands of dollars. If you are not the spouse holding the high debt, you may want to make sure that you are protected from being on the hook for it in the event of divorce.

Necessary elements of an antenuptial agreement vary from situation to situation and from state to state. Generally, they must be in writing and signed by both parties, and there may be additional requirements. Be sure to consult an attorney – like the lawyers at Kreis Enderle – who are experienced with antenuptial agreements. 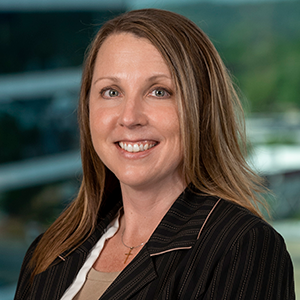 Courtney Schlipp Fisk is an associate in our Grand Rapids office who represents clients in various business and corporate matters, including transactions, governance, and litigation.