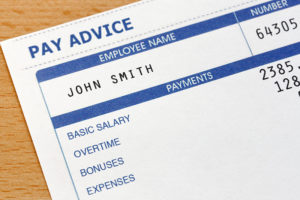 If you are an employer, you are responsible for paying your workers all of the wages and overtime pay to which they are entitled under the Fair Labor Standards Act (FLSA). The same holds true for a company considered to be a “joint employer,” meaning that workers who are employed by “joint employers” have at least two parties they can pursue for any unpaid wages.

That obviously gives workers a better shot at getting paid if one of those employers fails to meet its obligation. But new proposals from the U.S. Department of Labor (DOL) could restrict that opportunity.

The first of the DOL’s suggested rule modifications would have a significant impact on employment law by dramatically reducing the number of situations in which it will consider workers to be jointly employed. In the first significant change in joint employer regulations since the 1950s, the DOL announced on April 1, 2019, a proposed four-part test to determine whether a joint employment relationship exists between a worker and employer.

The DOL asserts in the announcement that its test is “based on well-established precedent” and will “ensure employers and joint employers clearly understand their responsibilities.” But some observers note there is plenty of precedent supporting a more expansive, pro-worker definition of the relationship and that the current DOL picked the narrowest possible standard it could find to limit employers’ liability.

Under the proposed test, a company may be considered a joint employer if it “actually exercises” the power to:

Note that the test is not based on whether the potential joint employer has the right to exercise such powers but only if they actually do so: “[o]nly actions taken with respect to the employee’s terms and conditions of employment, rather than the theoretical ability to do so under a contract, are relevant to joint employer status under the Act.”

Under the proposed rule, the DOL can use “additional” factors if it appears that a potential joint employer is either “exercising significant control” over employees’ work or “otherwise acting directly or indirectly in the interest of the employer in relation to the employee.”

The DOL also issued a proposed rule change involving how employers calculate “time-and-one-half” when obligated to pay overtime wages. The FLSA’s regular rate requirements define what forms of payment beyond wages, such as perks, benefits, or reimbursements, employers can include and exclude in the “time and one-half” calculation when determining workers’ overtime rates. The more that is included in the calculation, the higher the “regular rate” and thus a higher amount paid in overtime wages.

Under the proposed rule, employers may exclude the following from an employee’s regular rate of pay:

Both proposed rules have yet to go into effect but, if and when they do, they will affect the ability of workers to enforce their rights to wages and overtime and the amounts they will receive for working overtime hours, both in ways more favorable to employers than workers.

If you have questions or concerns about these proposed rule changes or any other employment issues, the employment attorneys at Kreis Enderle can provide you with sound, straightforward counsel to guide your decision-making. To discuss your situation, please contact Jesse Young at JYoung@kehb.com or (269) 324-3000.