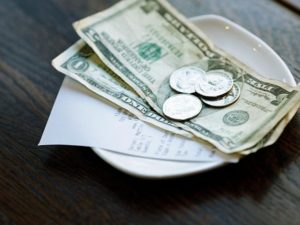 Litigation over wages in the restaurant industry is not new. However, since 2011, there has been a significant increase in litigation involving the tip pooling and tip retention practices of employers that pay a direct cash wage of at least the federal minimum wage and do not claim a tip credit under the Fair Labor Standards Act (FLSA).  There has also been litigation directly challenging the U.S. Department of Labor’s (DOL) authority to promulgate the provisions of the 2011 regulations that restrict sharing of tips.

In December 2017, the DOL announced a proposed – and very controversial – rule giving employers the freedom to allow sharing of tips among more employees. The proposed rule would allow “back-of-the-house” restaurant workers (i.e., cooks and dishwashers), management employees, and even the house itself, to share in servers’ tips. The proposed rule – which can be reviewed here – is still winding its way through the rule-making process but is expected to take effect in the first half of 2018.

The stated purpose of the rule is to help decrease wage disparities between tipped and non-tipped workers – an option that is currently restricted by the 2011 rule. Critics of the rule claim that employers could do whatever they want with the tips, including keeping a portion for restaurant improvements or sharing them with salaried managers.

Kreis Enderle’s attorneys can help determine how the federal and state tip-pooling laws may affect you. Please contact Jesse Young directly at 269-321-2311 or at jyoung@kehb.com.