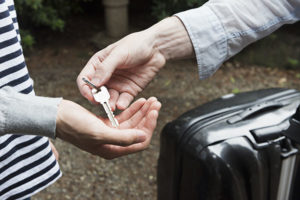 With the explosion in Airbnb, VRBO, and other home-sharing services, many homeowners’ associations (HOAs) are considering covenants to ban short-term rentals. The question is whether an HOA can impose such a restriction on real property interests without violating the rights of the homeowner.

In Michigan, HOA members have a common-law right to try to enhance the value of their property through contractual agreements concerning the use and development of their real property. It should be noted that a covenant prohibiting other short-term rental arrangements does not impact a homeowner’s ability to sell the property, though it may be more difficult to sell than a similarly situated property that is not subject to HOA oversight. State courts have long held, however, that restrictions enacted by HOAs can and will be binding so long as they have been properly passed subject to amendment processes laid out in their controlling documents.

The parties to covenants that run with the land may agree that they or their successors or assigns can amend the restrictions with less than unanimous agreement. If the owners subsequently alter the covenants in compliance with the terms of the original provisions, the change will bind the owners of all the properties subject to the original covenants, even those owners who opposed the amendments.

Short Term Rentals as “Commercial Use”

Issues can arise over certain definitions. For example, an HOA that only allows for parcels to be used for “single family residential purposes” could be interpreted as banning “commercial use,” case law has determined that any short-term rentals would violate the deed restrictions. In Eager v. Peasley, the Michigan Court of Appeals found that “‘[c]ommercial use’ is defined in legal parlance as ‘use in connection with or for furtherance of a profit-making enterprise’” and that “the act of renting property to another for short-term use is a commercial use, even if the activity is residential in nature.” The Eager court ruled that “[u]se of the property to provide temporary housing to transient guests is a commercial purpose, as that term is commonly understood.”

Ambiguities arise, however, when a restrictive covenant fails to explicitly bar commercial uses.  There could be some room for ambiguity to be argued there, though what other purposes that language could reasonably imply would be difficult to argue. Under long-held maxims of legal interpretation and depending on how deed restrictions are phrased, HOAs may still be able to limit short-term rentals given the deference that Michigan courts have shown to HOAs.

For homeowners who are subject to HOA oversight and controls, the enactment of a ban on short-term rentals is permissible, so long as the HOA follows its stated amendment process.  Further, an HOA may already have the power to ban the use of Airbnb, VRBO, and other short-term rentals under their current deed restrictions if prohibitions against “commercial use” of parcels are already in place.