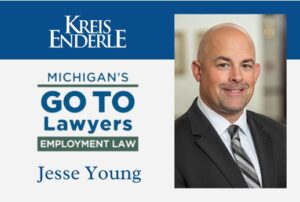 We are thrilled to announce shareholder Jesse Young has been named to Michigan Lawyers Weekly’s debut roster of “Go To Lawyers” practicing in employment law.

The program recognizes the top lawyers across the state in distinct practice areas. According to the publication, a “Go To Lawyer” is:

Nationally known for his advocacy in wage and overtime class action litigation, he is also highly regarded locally for providing thoughtful, pragmatic legal advice to employers and employees across Michigan. Jesse has consistently appeared on Super Lawyers lists since 2012 (first as a Rising Star until 2019). Michigan Lawyers Weekly also selected him for its 2014 class of “Up & Coming Lawyers.”

While building his own successful practice, he has helped individuals and families rebuild their lives – literally – through his ongoing commitment to Habitat for Humanity. Drawing from his previous residential construction experience, he is a frequent and familiar face on home sites, and his dedication resulted in recognition as Volunteer of the Year for Habitat for Humanity’s Western Wayne County Chapter in 2011. He now serves as Board Member and President for the organization, continuing its mission in a leadership role.

This is a befitting honor for Jesse, given how he works tirelessly for his clients and how he strives to be a go-to resource for employment issues. Congratulations, Jesse! 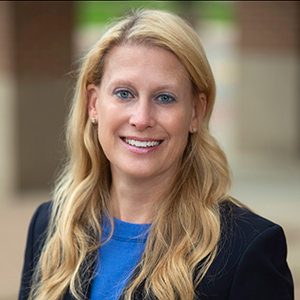 Recent Posts by or including Kay Kossen