Big Data Ignite 2016, held Sept. 29-30 at DeVos Place in downtown Grand Rapids, is a workshop and conference that will bring together computing professionals, scientists, students, and tech companies to focus on cutting-edge data technologies and know-how. Topics include Hadoop, Spark, RStudio, data-science theory and practice, and cloud-based infrastructure and services.

Kreis Enderle attorney, Elliott Church, is a member of both the board of directors and the program advisory board for Big Data Ignite 2016.

On Thursday, September 29, multiple full-day workshops will be offered with an emphasis on building practical knowledge and skills.

The keynote address September 30 will be delivered by Sasha Issenberg, the author of “The Victory Lab: The Secret Science of Winning Campaigns.” In his latest book, dubbed “Moneyball for politics” by Politico, Issenberg went on the campaign trail to find the hidden story of the analytical revolution upending the way political campaigns are run in the 21st century. Renegade thinkers, he contended, are crashing the gates of a venerable American institution, shoving aside its so-called wise men and replacing them with a radical new data-driven political order.

Issenberg covered the 2012 election as a columnist for “Slate” and the 2008 election as a national political reporter in the Washington bureau of “The Boston Globe.” His work has appeared in “New York Magazine,” “The New York Times Magazine,” and “George,” where he served as a contributing editor. He is currently covering the 2016 presidential election for Bloomberg Politics. As the 2016 presidential race heads into the homestretch, Issenberg will discuss his perspective on the contentious race between Donald Trump and Hillary Clinton and how it compares to past presidential campaigns.

Big Data Ignite 2016 offers valuable knowledge and insights for engineers, software developers, database administrators, business managers, academics, students, IT practitioners, tech enthusiasts, and the general public. Tickets can be purchased at http://www.bigdataignite.com/register. Academic and student rates are available. Volunteers also can sign up at this link. Breakfast, lunch and refreshments throughout the day, as well as an after-party on Friday evening, September 30, are included.

Big Data Ignite, Inc., is a non-profit corporation based in Grand Rapids. Its mission is to provide education and training in areas of data-intensive computing technology that hold the greatest potential for innovation and advantage. Current areas of focus include large-scale data management, predictive analytics, machine learning, cloud computing, and the internet of things. 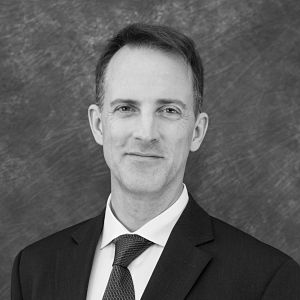 Recent Posts by or including Elliott Church