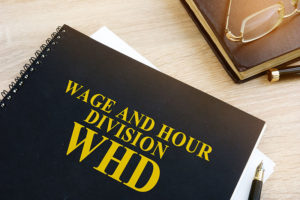 Employers have waited to see if the U.S. Department of Labor (DOL) will revise the rules governing overtime eligibility – and they will continue to wait until early next year. Until then, salary thresholds established in 2004 remain in effect.

Under wage and hour provisions of the federal Fair Labor Standards Act (FLSA), certain salaried workers are entitled to receive overtime pay for time beyond the regular 40-hour workweek. To be eligible, employees must earn no more than $23,600 per year, a threshold established 14 years ago.

The Obama administration attempted to increase that figure to $47,476, but a Texas federal court blocked the rule change when it issued an injunction in November 2016, a few days before the new rule was to take effect. Although an appeal is pending before the U.S. Fifth Circuit Court of Appeals, the current DOL leadership – under President Trump – is unlikely to pursue it.

What Will Labor Secretary Alex Acosta Do?

The DOL buried the Wage & Hour Division’s announcement to forego releasing the proposed rules in a recent regulatory agenda document, indicating that it would issue a “notice of proposed rulemaking” sometime in 2019. This was a surprise to many after the agency began seeking input in the summer of 2017.

Regulators invited public comment on increasing the overtime salary threshold, which applies to workers employed in executive, administrative, professional, outside sales, and computer employee jobs. The majority of comments agreed that a single minimum salary level should continue rather than a range of thresholds based on geographic location, job duties, or other considerations impacting telecommuting workers, employees who work at multiple job sites, and “gig economy” workers.

DOL Secretary Alex Acosta has gone on record saying that he supports raising the threshold. During his Senate confirmation hearing in March 2017, Acosta stated that the $23,600 salary threshold should be increased to account for the rise of inflation since 2004, which under today’s rates, would suggest a new threshold of approximately $33,000 per year, far less than the $47,476 amount that the Obama administration sought.

Once the notice of proposed rulemaking is issued, administrative rules mandate another round of public comments. The DOL is required to factor those comments into the final rule, and barring any unforeseen obstacles or delays, the new threshold and rule changes will go into effect at the end of 2020 which, not coincidentally, was the same time the prior attempted increase was to take effect.