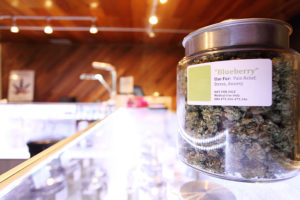 But numerous issues loom like a cloud of smoke above the heads of commercial property owners and landlords.

Concerns over leases stem from the fact that while medical marijuana is legal in Michigan it remains illegal under federal law.  Therefore, if the federal government decides to pursue civil asset forfeiture proceedings against the owner and operator of a medical marijuana business, then the owner of the commercial space is also at risk of losing the property.

Since 1970, marijuana has been classified as an illicit Schedule I substance under the federal Controlled Substances Act, which:

Simultaneously, the Civil Asset Forfeiture Reform Act of 2000 says the federal government may seize real property in connection with violations of the Controlled Substances Act.  Fortunately for commercial property owners and landlords, enforcement of this law against medical marijuana businesses has not been a top priority in recent years.

It is a well-settled principle of Michigan contract law that, as a matter of public policy, courts will not enforce contracts that involve illegal conduct.  This “illegal conduct” would include the federal government’s prohibition on cultivating, manufacturing, or selling marijuana.  But at the same time, medical marijuana is legal in Michigan, a fact that must also be taken into account.

The pressing question then is whether a lease between a property owner and a state-licensed medical marijuana operation is considered a binding legal contract.  Michigan courts have not directly addressed the inquiry and, as a result, the enforceability of medical marijuana leases in Michigan is unclear at the present time.

Arizona, however, has examined the enforceability issue and the decision could very well set the tone for similar cases in other states, including Michigan.  In the 2017 case of Green Cross Medical, Inc. v Gally, the Arizona Court of Appeals ruled that a medical marijuana lease should not be voided simply because it violated the federal Controlled Substances Act. The court reasoned that setting aside the lease could lead to unjust enrichment or “an unconscionable windfall” for the person who breached the lease.  It is likely that when the medical marijuana leasing issue eventually comes before a Michigan court – which it almost certainly will at some point – the Arizona decision may prove to be very persuasive.

Drafting & Negotiating a Lease Under the Circumstances

Market demands and the lure of substantial profits are driving the Michigan medical marijuana industry upward.  And motivated property owners, dispensaries, cultivators, processors, testing facilities, and transporters cannot afford to wait for a legal declaration.  So, what can the parties do to craft an appropriate and otherwise enforceable lease?

If you are a commercial property owner or landlord who is considering leasing to a Michigan medical marijuana business, it is imperative that you understand the inherent risks and the legal ramifications affecting the transaction.  As with any commercial lease, there are certain best practices to follow that are even more prudent in a lease involving a marijuana business:

These are unchartered waters in the Great Lakes State making the need for caution and experienced legal counsel especially necessary.  If you have questions or need help drafting a medical marijuana commercial lease, please contact us today to discuss your situation.