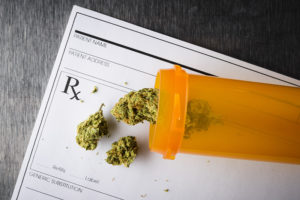 Michigan workers who legally use medical marijuana can be rejected for employment or fired for violating an employer’s drug policy, the Michigan Court of Appeals recently ruled.

The February 19, 2019, decision in Eplee v. City of Lansing, et al. comes as Michigan prepares to become the latest state to legalize the recreational use of pot. The court concluded that the Michigan Medical Marihuana Act (MMMA) does not create affirmative rights that usurp an employer’s right to decide whether or not to hire or fire “at-will” employees.

“The statute does not provide an independent right protecting the medical use of marijuana in all circumstances, nor does it create a protected class for users of medical marijuana,” the three-judge panel ruled.

The plaintiff, Angela Eplee, received a conditional offer of employment at the Lansing Board of Water and Light (BWL) in 2017 that was contingent upon her passing a mandatory drug screening. When Eplee’s test came back positive for marijuana, the BWL withdrew the offer, even though Eplee possessed a valid medical marijuana card.

A trial court dismissed Eplee’s lawsuit in which she asserted that rescinding the offer violated the MMMA. In affirming the trial court’s decision, the Court of Appeals relied on the language in Section 4(a) of MMMA, which states that a medical marijuana cardholder “is not subject to arrest, prosecution, or penalty in any manner, or denied any right or privilege” for the medical use of marijuana.

No Right to an “At-Will” Job

“Generally, and under Michigan law by presumption, employment relationships are terminable at the will of either party.” Because the offer was for an “at-will” position, Eplee “failed to demonstrate that she had any right or property interest of any manner in employment with” the BWL. The court added that Eplee also “failed to demonstrate that there was any prohibition —statutory or otherwise — on the BWL’s ability to withdraw, for any or no reason at all, its conditional offer of employment.”

Though the case involved a job offer from a public entity, nothing in the court’s opinion or underlying reasoning appears to limit its scope to such entities. As such, private employers in Michigan should feel confident in denying employment opportunities or terminating an “at-will” employee for violating the employer’s drug policy even if they hold a medical marijuana card.

Looking ahead, Michigan employers will likely have the same freedom when it comes to candidates and employees who legally use pot for recreational purposes. While the MMMA did not make any specific references to employment, the ballot proposal which legalized recreational marijuana provided that “the act does not prevent an employer from refusing to hire, discharging, disciplining, or otherwise taking an adverse employment action against a person…because of that person’s violation of a workplace drug policy.”

If you have questions or concerns about employment issues involving marijuana use, the employment attorneys at Kreis Enderle can provide you with sound, straightforward counsel to guide your decision-making.