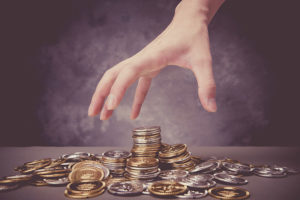 Obtaining a judgment against a delinquent debtor is an essential step in collecting amounts owed to you. But most debtors don’t respond to judgments by opening their checkbooks. You or your collections lawyer will likely need to take affirmative steps directly targeting the debtor’s assets and income by using one or more of the tools Michigan law provides to judgment creditors. One of the most effective of these mechanisms is the garnishment of the debtor’s bank or credit union account.

The bank account garnishment process begins in a fashion similar to a wage garnishment – by filing the approved form with the court that has jurisdiction over the judgment debtor. Once issued, the garnishment goes back to the creditor or its counsel for service upon the bank, credit union, or other financial institution holding the debtor’s funds. The garnishee must then send a copy of the garnishment to the debtor within seven days of receipt, and then send the completed disclosure to the court, debtor, and creditor within 14 days of receipt.

Freezing Funds Held at the Time of Garnishment

Institutional garnishments are unique in that the funds that may be “frozen” by a judgment creditor are only those that are on deposit at the moment the garnishee receives the garnishment.

For example, if a bank receives a garnishment at 9 a.m. and there is $200 in the debtor’s account at that time, those funds will be “frozen,” and the debtor won’t be able to access or withdraw that amount. But if the debtor deposits an additional $500 in the account later that day, those funds will NOT be frozen and the debtor will have unfettered access to them until and unless the creditor serves the bank with another garnishment. Often, creditors will file successive garnishments with a bank if they believe the debtor makes frequent deposits to an account. Unfortunately, smart debtors will stop making any deposits or close an account entirely once they realize that the account is in a creditor’s sights.

Debtors Have the Right to Object to the Garnishment

Debtors have 14 days from receipt of the garnishment to object to its imposition. Most objections are based on claimed exemptions on the funds in the account, such as social security benefits, which prohibit their garnishment. The debtor may also object based on an assertion that the funds belong to another person who is a joint owner of the account. If the debtor does file an objection, he or she must prove to the court through appropriate and admissible documentation and testimony that the objection is valid.

Making Your One Shot Count

As noted above, most debtors will simply close an account and move to another institution unknown to the creditor after learning that an account is subject to a garnishment order. This often means that creditors have one shot to get at the debtor’s assets before the debtor takes steps to thwart collection efforts.

As such, it is a good idea to wait until you believe the debtor will have a large amount of money in his or her account before serving the garnishment on the institution. Late in the day on Friday or early Monday morning are good times to serve banks with garnishments as most debtors get paid on Fridays and have little or no time to spend the money in the account before the garnishment hits.

Of course, the key to a successful bank account garnishment is knowing where the debtor keeps his or her money. Initial credit applications, which require disclosure of where the debtor banks, or copies of past payments received from the debtor are the best ways to obtain this information. Some towns only have a few financial institutions and sending garnishments to several of them is an inexpensive way to “blanket” the area if you do not know exactly where the debtor does business.

Much like wage garnishments, once a debtor no longer has access to the funds in a bank account, ignoring the judgment may no longer be a viable option and he or she may be more inclined to discuss a payment plan with the creditor.

If you have questions about recovering against a judgment or other monies you are owed, please contact Ray Schultz today at RSchultz@kehb.com or (616) 254-8400 to discuss your situation and the rights and remedies available to you as a creditor. 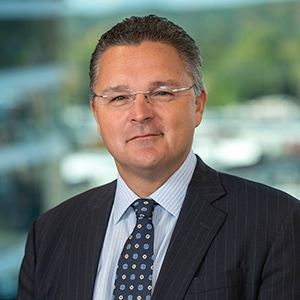 Ray Schultz has handled thousands of collection matters for companies, banks, and credit unions over the course of his nearly 30-year career, and “leaves no stone unturned” to recover money owed to his clients.

Recent Posts by or including Ray Schultz