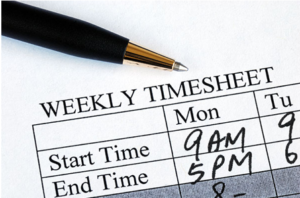 In September 2018, Michigan lawmakers adopted a proposed ballot measure that would require employers to increase the minimum wage and provide workers with paid leave. Rather than leaving it to voters to decide the issues in the November election, in September the legislature passed the Improved Workforce Opportunity Wage Act (IWOWA) and Earned Sick Time Act (ESTA)– but proposed amendments are now being offered.

Senate Bill 1171 would remove tipped workers from the minimum wage increase structure due to concerns from the Restaurant Workers of America and others that such employees will actually face a reduction in tips. One fear is that public misconception regarding the law would lead to a decrease in tips by patrons.

Under the ESTA, in March 2019 workers in Michigan will be allowed to accrue an hour of paid sick leave for every 30 hours they put in, with a maximum of 40 hours annually, although employers can choose to increase the limit.

Senate Bill 1175 would change the required retention of employee records concerning sick time from three years to just six months. That bill also removes the provision requiring employers to overcome a presumption that any adverse action taken within 90 days of an employee’s exercise of rights under the law is a violation of that employee’s rights.

The laws will go into effect in March 2019, including any amendments passed by the legislature. We will continue to report on employment law changes and developments are they arise.