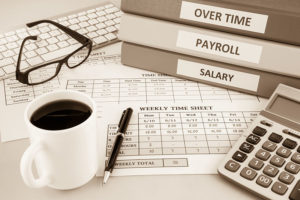 Many people don’t know that many employees who earn a salary are entitled to overtime. According to a new proposal from the U.S. Department of Labor (DOL), the number of eligible salaried workers could grow by more than a million.

A federal employment law known as the Fair Labor Standards Act establishes the rules for compensation, including overtime. Under the “white-collar” overtime rule, employees whose weekly salaries are less than $455 ($23,660 annually) may receive time-and-a-half for hours worked beyond 40 hours per week. This threshold has been in place since 2004.

Under the DOL’s proposed modification, the salary threshold would increase to $679 per week ($35,308 annually) – a change that would make an additional million American workers eligible for overtime pay when it is projected to take effect on January 1, 2020. Additionally, to avoid waiting another 15 years for an increase, the DOL is requesting public comment regarding periodic review to update the salary threshold.

A previous effort sought to boost the salary threshold to $970 per week, or $50,440 annually, but a federal court in Texas barred the increase. That decision remains on appeal, which left the door open for the DOL to engage in further rulemaking. Employee advocates had hoped the latest proposal would have been on par with the agency’s prior target. Business advocates believe the latest proposal is a more realistic threshold.