Mold builders and other statutory lienholders may be able to avoid preference claims, even if they fail to perfect their liens. Preference claims by a trustee in bankruptcy are a significant concern for suppliers who have been paid for their goods and services on open accounts within 90 days of the filing of a customer’s bankruptcy.  A debtor in a chapter 11 and the trustee in chapter 7s and 13s, are authorized by the bankruptcy code to seek recovery of payments made on account of antecedent debt within the 90 days prior to the date of bankruptcy (one year for insiders) if, among other things, these payments caused the creditor to receive more than the creditor would have received in a chapter 7 liquidation.  Chapter 7 creditors often get paid a very small percentage of their unsecured claims, and as a result, absent other defenses, preference claims are a real threat to suppliers who get paid during the preference period.  The trustee can make these claims up to two years after the date bankruptcy is filed.

A recent case out of the Northern District of Ohio gives some solace to mold builders and other types of suppliers of goods and services who, under state law, are given a lien to secure payment.  In the case of Pidcock v Mo-Tech Corp (In re E.D.C. Liquidating), 2017 Bankr. Lexis 341, the U.S. Bankruptcy Court for the Northern District of Ohio recently held that a mold builder, even though it had not taken steps to perfect its mold builder’s lien under Ohio law by filing a financing statement after it delivered the molds in question to the debtor, did not receive more than it would have received in a chapter 7 liquidation.  The court reasoned that, at the time the mold builder received the payments, it could have still filed its financing statement and perfected its lien.  The court stated that because the lien could still be perfected, and the amount of the statutory lien was reduced by each payment, the mold builder did not receive more than it would have in a chapter 7 liquidation.  While decisions in other jurisdictions have found that possession of “inchoate” (unperfected) lien rights did not stop the trustee from recovering preference payments, this decision, according to the Ohio bankruptcy court, represents the majority opinion.  It also constitutes authority from a bankruptcy court located in the 6th Circuit which is likely to be seriously considered (but is not binding) by Michigan bankruptcy courts.

This case also highlights a reason for suppliers of goods and services to obtain the advice of a knowledgeable bankruptcy attorney who works with creditors in bankruptcy cases, immediately upon the filing of bankruptcy by a customer.  Often times, suppliers of goods and services, even before the customer files bankruptcy, are aware of the precarious nature of the customer’s finances. Discussions with a creditors’ rights attorney can help protect the supplier against, not only preference claims, but other bankruptcy-related perils.  The firm Kreis, Enderle, Hudgins & Borsos, P.C. provides such services and can assist you in protecting yourself in the event of a customer bankruptcy. 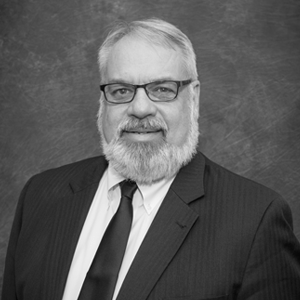