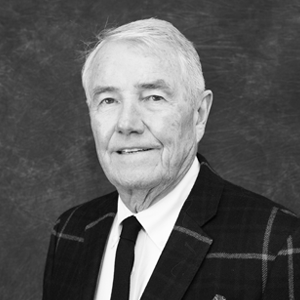 “Individual CV’s are nice, but I’d rather we be judged by a different CV – our ‘Collective Values’.”

Alan Enderle takes pride in being a name partner of Kreis Enderle, but it’s not because his is one of the names on the door. His greatest satisfaction is the reputation the firm has earned among its peers and the community at large. That reputation begins, of course, with the consistent professionalism and effectiveness of the organization. But it is also reflected in Kreis Enderle’s commitment to what he calls their “Collective Values.” These values include genuine empathy for the personal needs of each and every client, rigorous advocacy of their interests and recognition of the firm’s responsibilities to the communities it serves.

Alan specializes in all aspects of real estate law and real estate financing including land use, zoning, environmental and condominium issues. He frequently serves as local counsel for several national and multi-national companies. He also represents banks and other institutional lenders and has an active mergers and acquisitions practice. Alan’s body of work has earned him an “AV” rating by Martindale-Hubbell and designation as a “Super Lawyer” by a statewide rating of his peers. Prior to attending law school, he served five years on active duty as an officer in the U.S. Army, having achieved the rank of captain. His many community service activities have included leadership positions with Big Brothers-Big Sisters, Goodwill Industries and United Way.