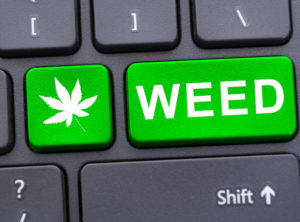 Soon after the Michigan Medical Marihuana Act (MMMA) was enacted ten years ago, questions arose about medical cannabis and the employer-employee relationship. One pressing question has been whether an employer can refuse to hire a medical marijuana cardholder who discloses he or she uses cannabis for medical purposes and fails a pre-employment drug screening.

The employment law landscape has been made hazier with the passage of Proposal 1 by Michigan voters on November 6, 2018, which legalized the use of recreational marijuana. How will this new mandate affect employment-related decisions? Let’s address these issues by looking closely at what the MMMA and Proposal 1 say – and don’t say – about employers, employees, and marijuana use.

According to the MMMA, “Nothing in this act shall be construed to require… [a]n employer to accommodate the ingestion of marihuana in any workplace or any employee working while under the influence of marihuana.” Notably, Michigan is one of a handful of states that does not restrict drug testing, including pre-employment drug screening, in the realm of private employment. In other words, a private employer can lawfully drug test employees at any time.

Despite this, an employer that turns down a job applicant who is a medical marijuana cardholder based on a failed pre-employment drug screening should proceed carefully. Although the refusal to hire may not run counter to the MMMA, it could trigger other legal claims, such as discrimination or retaliation, invasion of privacy, or even defamation if the decision not to hire is made public and the test result was a false positive.

The Impact of Prop 1

According to the National Survey on Drug Use and Health, more than 24 million Americans age 12 and older – approximately one in ten people – used marijuana in 2016 during a 30-day period. As more people use marijuana for both medicinal and recreational purpose, the case law surrounding employment and cannabis use is sure to change.

One critical case in Michigan is Casias v Wal-Mart Stores, Inc., which involved a Battle Creek Wal-Mart employee with a medical marijuana card, who used cannabis to treat his symptoms of sinus cancer and an inoperable brain tumor. He sued for wrongful discharge after being fired for failing a drug test, although he allegedly never used cannabis while working. The 6th U.S. Circuit Court of Appeals ruled for Wal-Mart, finding the MMMA does not regulate private employment decisions. One judge on the three-judge federal panel dissented.

In May 2017, the Rhode Island Superior Court ruled for a medical marijuana user who filed an employment discrimination claim. In Callaghan v Darlington Fabrics Corp, the court said that the “Plaintiff was denied the opportunity to apply for a job with Defendants because she believed she could not pass the pre-employment drug test. Plaintiff did inform Defendants that she was a medical marihuana cardholder and that she would obey state law and not bring marihuana into the workplace. Defendants do not contest that they denied her employment based on the fact that she could not pass the drug screening. Therefore, Defendants have violated the Act.”

More recently in September 2018, a Connecticut federal court decided Noffsinger v SSC Niantic Operating Co, LLC, d/b/a Bride Brook Nursing & Rehabilitation Center. Similar to Callaghan, the Noffsinger court found in favor of a medical marijuana user who brought an employment discrimination suit after her job offer was rescinded for failing a pre-employment drug screening. The court held the employer violated the Connecticut Palliative Use of Marijuana Act and rejected the argument that the employer was exempt from the Act’s anti-discrimination provisions because it was subject to the federal Drug-Free Workplace Act (DFWA). Rather, the court said the DFWA does not prohibit federal contractors from hiring a person who uses illegal drugs outside the workplace, does not prohibit federal contractors from employing individuals who use medical marijuana outside the workplace under a program provided by state law, and does not require pre-employment drug testing.

For now, it would seem that Michigan employers may terminate employees who do not pass a drug test and can choose not to hire applicants who fail a pre-employment marijuana screening, even if they have a medical marijuana card. However, with the ever-changing marijuana statutes and the evolving case law, we shouldn’t be surprised if Michigan’s appellate courts are soon asked to address these issues more closely.

If you are an employer and are uncertain how Michigan’s marijuana laws affect your hiring, firing, and disciplinary decisions, please contact us. Our experienced employment law attorneys are here to help.