Their championship win came against a team from Ann Arbor, and it was the 18th championship in the last 30 years for Kalamazoo Central.

Nick was one of five attorney coaches on the team along with head coaches Amanda Sidwell and Francis P. Bilancio.

“I’m just really proud of the team,” Nick said. “It’s great to see them work together and be rewarded with such an astounding achievement. They deserve all the credit.”

Kalamazoo Central’s varsity team will now represent the state of Michigan in the National High School Mock Trial Championship May 11-15 in Boise, Idaho. 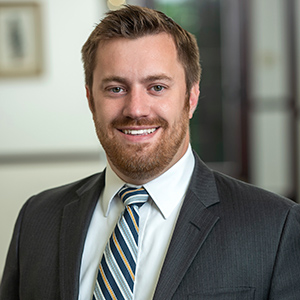