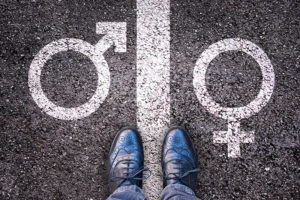 Under Title VII of the Civil Rights Act of 1964, employers cannot discriminate against workers based on gender, race, religion, national origin, and other protected characteristics. One of the most contentious employment law debates of recent years is whether this law also prohibits discrimination based on a person’s gender identity or sexual orientation.

The Equal Employment Opportunity Commission (EEOC) and several courts across the country have held that it does, while many courts have ruled to the contrary. By agreeing to hear three cases involving these issues, the United States Supreme Court appears ready to resolve the matter; their decision will impact millions of American workers and all American employers.

The case involving transgender employment discrimination is an appeal from a federal appellate court which ruled in favor of a transgender individual from Michigan who alleged that her former employer fired her because she transitioned from male to female. In Equal Employment Opportunity Commission v. R.G. & G.R. Harris Funeral Homes, Inc., the U.S. Court of Appeals for the Sixth Circuit held that Title VII’s prohibition of discrimination on the basis of sex includes discrimination against individuals based on gender identity.

Aimee Stephens was fired from a Michigan funeral home after announcing in 2013 that she was a transgender woman and would start working in women’s clothing. After firing Stephens, her employer asserted in court filings that he “sincerely believe[s] that the Bible teaches that a person’s sex is an immutable God-given gift,” and that he terminated Stephens because she was “no longer going to represent himself as a man” and “wanted to dress as a woman.”

Citing previous rulings which held that Title VII barred discrimination “based on a failure to conform to stereotypical gender norms” was no less prohibited under Title VII than discrimination based on “the biological differences between men and women,” the Sixth Circuit held that Stephens’ firing was “on the basis of her sex” and was thus a violation of Title VII.

The court concluded that “it is analytically impossible to fire an employee based on that employee’s status as a transgender person without being motivated, at least in part, by the employee’s sex,” adding that discrimination ‘because of sex’ inherently includes discrimination against employees because of a change in their sex.”

The funeral home, backed by organizations claiming that the ruling violates their “religious liberty,” sought an appeal to the U.S. Supreme Court, which was granted on April 22. The Court will hear Stephens’s case, along with two other cases involving Title VII’s application to sexual orientation, in its fall 2019 term.

These cases will be the first significant Supreme Court rulings on LGBT rights since its 2015 Obergefell v. Hodges decision on same-sex marriage. That decision was authored by Justice Anthony Kennedy, whose retirement contributed to the Court’s shift rightward. It is unclear how the new conservative majority will address these issues, especially with an administration that many consider hostile to the rights of LGBT Americans. What is clear, however, is that these cases will have a profound impact on the employment landscape for years to come.

Kreis Enderle will continue to monitor this matter and alert you of any relevant developments. If you have any questions about this alert or need help on how this may impact you or your workforce, please contact a member of Kreis Enderle’s employment practice group.