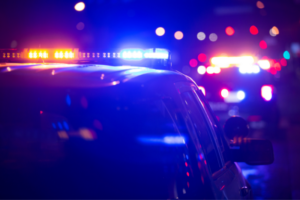 In June 2022, the United States Supreme Court ruled in Vega v. Tekoh that defendants in criminal cases who are not advised of their Constitutional right to avoid self-incrimination according to Miranda v. Arizona—the landmark case that established the familiar “right to remain silent” warnings—may not seek civil damages under 42 U.S.C. § 1983.

What exactly does this mean for those accused of crimes? One thing is clear—the Fifth Amendment right protecting individuals from compelled self-incrimination is still intact.

Terence Tekoh, a certified nursing assistant, was interrogated by Los Angeles Police Department deputy Carlos Vega for allegations of sexual assault. Vega did not advise Tekoh of his rights under Miranda—the right to remain silent, the right to have an attorney present during questioning, or the warning that should Tekoh choose not to remain silent, his statements may be used against him in court.

Tekoh confessed during the interrogation, and his un-Mirandized confession was admitted at trial. Tekoh was acquitted, but he subsequently sued Vega for civil rights violations and sought damages under § 1983. The 9th Circuit found that admission of an un-Mirandized statement at trial violates a defendant’s Constitutional rights and supports a claim for damages under § 1983. The U.S. Supreme Court disagreed.

The Fifth Amendment to the Constitution protects against compelled self-incrimination. In practice, this works in two ways:

In Miranda v. Arizona, the Supreme Court determined that safeguards were needed to prevent violation of Fifth Amendment rights during police interrogation of suspects in custody. The now well-known Miranda warnings encompass comprehensive warnings that courts have deemed effective in protecting against Constitutional Fifth Amendment violations.

Section 1983 is a federal law that allows people to seek money damages from government actors who have violated a Constitutional right. A plaintiff must have been denied a right guaranteed by the Constitution to have a valid claim under § 1983.

So, what does this mean for those accused of crimes? It means they can’t seek money damages if a police officer fails to advise them of their Miranda rights during questioning. Miranda rules exist to help prevent Constitutional violations. Your Constitutional rights haven’t changed. Miranda rules haven’t changed. You still have the right to refuse to answer questions without an attorney present. You still have the right to refuse to serve as a witness against yourself in a criminal proceeding or any other proceeding in which your answers could implicate you in a crime. Police will (or should) still advise you of your right to remain silent if you’re placed in custody.

Although the prosecutor will always fight you, you generally have the right to proceed to trial without having your un-Mirandized statements admitted as evidence. You at least have the right to seek to have those statements excluded. That hasn’t changed either. Even the majority opinion in Vega acknowledges this. But as the dissenting opinion in Vega expresses, the latest ruling “injures the right by denying the remedy.”

What Vega did was prohibit you from seeking money damages for a civil rights violation under § 1983 from a police department or other government entity based on failure to advise you of your Miranda rights.

If you are being investigated or have been arrested for a crime, contact the criminal defense attorneys at Kreis Enderle for an experienced legal team that will help protect your rights and fight for the best possible outcome in your case. 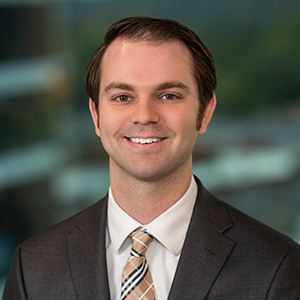 Daniel Boocher handles a variety of matters as an associate in the firm’s litigation, criminal law, and family law practice groups.

Recent Posts by or including Daniel Boocher