The division of retirement assets in a divorce can be a very difficult chore.  The parties to the divorce need to assemble an inventory of all retirement assets to which either is entitled, no matter when or where acquired.  Too often parties are knowledgeable of their current benefits, but ignore or have forgotten a benefit set aside for them at a job they held many years ago.  All those benefits must be considered.

A second major concern for each party is the options that exist when dividing or taking all of a particular retirement asset. Not all retirement benefits are alike.  In fact, many are significantly different, and understanding the nature of the various retirement assets and plans is important.

One similarity of most retirement plans/assets is that a Federal and most likely a state income tax on the benefit assigned will occur in the year the benefit is taken.

The following outline is a relatively simplistic discussion on the subject.  A more in-depth understanding of the particular retirement benefits each spouse has is always advisable.

Probably the most common retirement plans held by parties are pensions.  Pensions are a promise made by the employer or the administrator of the pension, sometimes a Union, to pay the participant a certain amount of money at a certain age, even if that person leaves their employment early.  Pensions rarely can be cashed in prior to retirement age.  There are instances, however, where an employer elects to terminate the pension plan early and offers a cash-out to the employee.  Since that is an unpredictable event, it probably should not be considered a major factor in deciding how to divide the pension.

When a pension is divided, both parties are relatively assured that each will get a similar result.  When one party keeps or is awarded the entire pension and the other party receives cash or another asset, there is no assurance that that the trade is of like kind or equal value.

A new issue effecting the division of pensions is called “recoupment”.  Recoupment is a theory the pension fund or plan administrator employs to balance what it must pay to recipients.  Thus when there is a large disparity in the ages of the spouses, careful drafting is necessary to protect the younger spouse’s benefit.  If no care is given,  that younger spouse could find later that benefit anticipated is much smaller, as a result of “ recoupment”  When dividing a pension consulting a professional about ‘recoupment‘ is recommended.

There are many types of IRAs and couples divorcing often have a collection of them. All IRA’s, like pensions, are easily divisible.  Today, there are two basic types of IRAs, a Roth IRA and the traditional IRA.

Unlike pensions, the non-participant and the participant can take cash out of the IRA at the time of divorce. Money taken from a traditional IRA is subject not only to tax, but a penalty for early withdrawal.  An advantage of taking all or some of an IRA, over a pension, is the holder of the IRA can control, to some degree the rate of return.  That is, the recipient can make investment choices and live or die with the success or failure of those decisions.  All IRA’s can be left to beneficiaries and, although there are a number of tax considerations that will have to be made, there is no reduction in the value of your IRA if it passes to a beneficiary.  All withdrawals from traditional IRA’s, except in extraordinary situations, are subject to at least a 10% penalty if money is withdrawn from it before the 59 1/2 birthday of the holder.

In a divorce action, the IRA can be divided, or each party can take their own IRA’s if the total value is relatively the same.  Trying to offset other assets is difficult due to the tax consequences.

Another common form of retirement benefit is a 401(k).  More and more companies are participating with their employees in 401(k) plans.  Like the pension and the IRA, the 401(k) can be divided in any way the parties see fit, without any tax consequence, so long as funds are not withdrawn from it.  Yet the 401(k) offers an advantage that neither IRA’s nor pensions offer, in that the non-participant can take cash from their portion of the divided 401(k) at the time of division without any penalty.  As with the traditional IRA, when funds are withdrawn there is a tax, but if funds are taken at the time of the division, there usually is no penalty.  In most instances, when the 401k is divided, the non-participant recipient must roll the benefit into another retirement vehicle. This is usually an IRA.  Employers rarely want to manage the non-participant’s share of the 401(k) for a variety of reasons. Accordingly, the non-participant recipient of part of a 401(k) must do a little homework to make sure the assets are invested wisely.  Like the IRA, retention of 401(k) interest allows the participant, and sometimes the non-participant, some flexibility in the investment choices.

Great care in devising a method to divide an unfunded retirement plan is necessary to achieve fairness.

The last common retirement vehicle owned by in divorcing parties is the annuity. Annuities are usually something purchased by one of the parties as a hedge for retirement and a deferment of tax on earnings.   Sometimes annuities are purchased by an employer and tied to a term of employment.  Some annuities are easily divisible; others are not.  Each annuity stands on its own.  An annuity benefit is taxed when it is cashed in, plus there can be a penalty associated with early withdrawals which imposed by the company issuing the annuity, as well as a penalty assessed by the IRS.  Annuities, like IRA’s, pose no problem for a survivor benefit or a beneficiary.  An annuity, like all but pension and deferred compensation plans, offers the participant or the non-participant spouse some degree of control over the investment choices that are made. 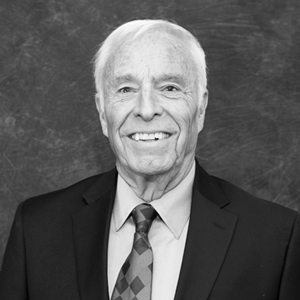 For the past 30 years, Russ Kreis has devoted the majority of his practice to family law, counseling clients in high-asset and high-income divorce matters.

Recent Posts by or including Russ Kreis