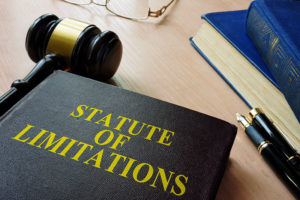 A federal appeals court that covers Michigan recently issued a unanimous ruling holding that employers cannot contractually shorten the time within which their workers can file discrimination claims under Title VII of the Civil Rights Act of 1964.

Employers often require new hires to sign agreements as a condition of their employment where the employee agrees to certain limits on his or her rights. This can include requiring disputes to go through arbitration or that lawsuits be filed in a specified jurisdiction, among other provisions. In Logan v. MGM Grand Detroit, the plaintiff signed an employment agreement in which she agreed to a six-month limitations period for bringing any lawsuit against her employer.

After leaving her job, the employee sued MGM for employment discrimination under Title VII. While she filed her suit within the statute of limitations that apply to such claims, it was outside the six-month period contained in her employment agreement. MGM moved for summary judgment in its favor based on that contractual provision and the district court granted MGM’s motion.

The U.S. Court of Appeals for the 6th Circuit reversed the district court’s decision. In the opinion, the court noted that Title VII’s enforcement scheme involves multiple steps, including filing a charge with the Equal Employment Opportunity Commission (EEOC) that the EEOC must investigate. Additionally, if the EEOC finds that an allegation has merit, it then needs to make informal attempts with the employer to resolve the alleged discrimination.

All of these steps are prerequisites to an employee’s right to file a civil suit for employment discrimination and, all of them can, and often do, take longer than six months to complete. Noting that an aggrieved employee “must first wait (during the EEOC’s 180-day period of exclusive jurisdiction) and then hurry (once the EEOC issues her a right-to-sue letter, she only has ninety days to file her claim),” the court found that “any alterations to the statutory limitation period necessarily risk upsetting this delicate balance, removing the incentive of employers to cooperate with the EEOC, and encouraging litigation that gives short shrift to pre-suit investigation and potential resolution of disputes…”

After the 6th Circuit also concluded that the statute of limitations in the Civil Rights Act constituted a “substantive” rather than a “procedural” right that cannot be waived, the court concluded, “that a contractual provision that purports to shorten the limitation period for bringing suit under Title VII is unenforceable.”

If you have questions or concerns about the 6th Circuit’s decision, workplace discrimination, or related issues, the employment attorneys at Kreis Enderle can provide you with sound, straightforward counsel to guide your decision-making. To discuss your situation, please contact Jesse Young at JYoung@kehb.com or (269) 324-3000.