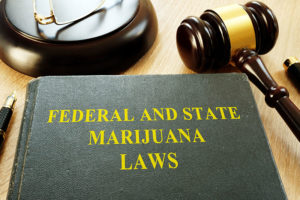 The fundamental conflict between state and federal law regarding cannabis remains the single biggest impediment to industry growth and creates daily headaches and long-term uncertainty for those in the industry. So long as marijuana remains a Class I controlled substance under federal law, state-legal cannabis businesses can’t avail themselves of financial services essential to almost every other sector of the economy, among other challenges. But a bill that was recently approved by a committee in the U.S. House of Representatives represents a significant step forward in efforts to decriminalize marijuana at the federal level.

Cannabis Would Be Removed From Schedule of Controlled Substances

On November 20, 2019, the House Judiciary Committee approved the Marijuana Opportunity Reinvestment and Expungement Act of 2019 (MORE Act) on a bipartisan 24-10 vote. If it were to become law, the MORE Act would remove marijuana from the schedule of controlled substances under the Controlled Substances Act and allow states to set their own cannabis policies. As this is the first marijuana legalization bill to make it out of a congressional committee, industry advocates are calling the vote “monumental” and a “turning point for federal cannabis policy.”

Heavily focused on social and criminal justice issues, the act would also require federal courts to expunge prior convictions for low-level marijuana crimes and give states incentives to do the same for state-level cannabis offenses. The proceeds from a new 5 percent tax on marijuana products would go to a trust fund established to provide job training, legal help, and other assistance to individuals and communities disproportionally impacted by the war on drugs.

While the MORE Act would both decriminalize cannabis and deschedule it from the list of controlled substances, the two do not necessarily go hand-in-hand. Both actions would benefit the cannabis industry, but some who favor the latter because it would allow for greater medical research and use do not support full decriminalization for recreational use.

One Big Step for Cannabis, but Several Giant Leaps to Go

As important and encouraging as this vote was, the MORE Act has a long way to go before it becomes law. It must work its way through seven more House committees before it can come to a vote before the full House. If it does get to the floor, there is a good chance that the Democratic-controlled chamber will pass it. But the bill faces a much tougher slog in the Republican-held Senate, where it is expected to meet more substantial opposition.

Fortunately, the MORE Act is not the only federal effort to remove the legal shackles currently restraining the cannabis industry. On September 25, the full House passed legislation called the SAFE Banking Act to give banks and financial institutions legal cover and prevent federal regulators from sanctioning banks for working with state-authorized legal cannabis businesses. This would allow cannabis interests to do business like everyone else. While the outlook in the Senate remains hazy, many observers see Republican opposition softening in the face of increasing banking industry pressure and economic reality.

At Kreis Enderle, we help participants and those wishing to become part of Michigan’s cannabis industry to move forward with their businesses with confidence and clarity. Our cannabis law attorneys constantly stay abreast of developments in the evolving legal landscape and work closely with our clients to keep them informed and ahead of those changes. Additionally, Kreis Enderle brings a wealth of diverse banking experience and capabilities to the representation of cannabis industry clients.

If you have questions related to banking and financial services issues for your cannabis business, please contact one of Kreis Enderle’s marijuana law attorneys at (800) 535-4939 to arrange for a consultation.