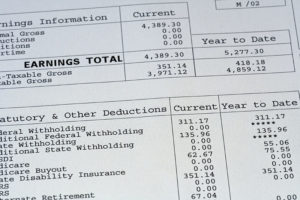 The rise of the “gig economy” has provided workers with new opportunities and ways to earn a living. These new opportunities and flexibility also provide employers with benefits like lower overhead and tax obligations. However, the gig economy has also given unscrupulous employers ample ways to evade their employment law obligations, including misclassifying employees as independent contractors, paying those workers less than what they should, and evading their tax and workers’ compensation responsibilities.

In response to what she calls this “under-the-radar problem,” Michigan Attorney General Dana Nessel recently announced the formation of a new task force designed to crack down on Michigan businesses that engage in wage theft and other dubious practices at the expense of Michigan workers and taxpayers.

Millions of Michigan Workers Impacted by Wage Abuse Every Year

Nessel tasked the Payroll Fraud Enforcement Unit with stopping rampant wage theft in the state. In announcing the new unit, Nessel said that “Payroll fraud affects all of us, especially the families who are robbed. When shady businesses exploit people by cheating them of the wages they are owed, families have less money in their pockets, zero benefits, and an uncertain future.”

To emphasize the severity and pervasiveness of the issue, Nessel cited some eye-popping statistics:

Companies that willfully engage in this conduct do so for one simple reason: it saves them money. By paying less than they owe to their workers, a company can offer lower bids and prices, giving them an unfair competitive advantage over law-abiding companies. There are other employers who negligently withhold wages and overtime from workers due to recordkeeping errors, payroll miscalculations, and other oversights. In the end, however, the result is the same – affected employees do not receive all of the compensation they are owed.

In addition to the new task force, Michigan state legislators are introducing bills to further crack down on the unlawful withholdings by:

If you have questions or concerns about employee misclassification and wage and overtime violations, whether as an employer or employee, please contact the employment law attorneys at Kreis Enderle.