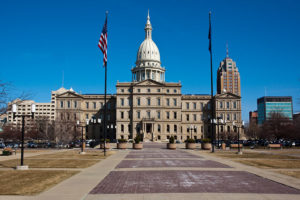 Michigan saw a number of employment law developments in the first six months of 2018 as Governor Snyder and the Michigan Legislature addressed several issues that will impact employers.

First, and most significantly, the state legislature may send the issue of mandatory paid sick time to voters on the November ballot following the submission of over 380,000 signatures in support of the measure. Second, after a contentious ballot initiative process that made its way to the Michigan Supreme Court, the state legislature repealed the state’s prevailing wage law, ensuring that future public works projects will no longer need to comply with prevailing wage requirements. Third, the state legislature amended the Michigan Payment of Wages and Fringe Benefits Act to clarify compliance for employers paying employees on a monthly basis. Lastly, Governor Snyder signed a bill that prohibits local governments from regulating the information employers can request from prospective employees during the interview process.

Michigan voters may have the opportunity to vote for mandatory paid sick time in November. On May 29th, the group Michigan Time to Care submitted over 380,000 signatures for a petition in support of the Paid Sick Leave Act, which would afford employees at least one hour of paid sick time for every 30 hours worked. The Michigan Secretary of State and Board of Canvassers will review the petition and, if at least 252,523 of the signatures are valid, the ballot proposal will be certified and submitted to the state legislature. The state legislature can then either vote to enact the proposal or send it to the voters on the November ballot.

Amendment to Michigan’s Payment of Wages and Fringe Benefits Act

This amendment will become effective on September 2, 2018. Thus, employers operating on a monthly payroll should take note that wages earned during the previous calendar month no longer need to be paid immediately on the first day of the next calendar month.

Michigan’s prevailing wage law was repealed on June 6, 2018, by the state legislature’s adoption of a citizen petition. Michigan’s Prevailing Wages on State Projects law required paying the local wage and benefit rate (typically union scale) on state-financed construction and other public projects.  The group spearheading the signature collection process, called Protecting Michigan Taxpayers, submitted a petition with more than 380,000 signatures supporting the repeal initiative in November 2017. Opponents then challenged the petition effort before the Michigan Board of Canvassers. Following a 2-2 party-line vote, Protecting Michigan Taxpayers appealed the Board’s decision to the Michigan Court of Appeals. Upon consideration, the Court of Appeals ordered the Board of Canvassers to certify the petition. Opponents then appealed to the Michigan Supreme Court, which refused to consider the matter, allowing the Court of Appeals’ decision to stand.

From there, the state legislature promptly passed the citizen petition through both the State House and State Senate and gave the repeal of the Prevailing Wage Law immediate effect. By meeting the signature threshold and passing the citizen petition through both houses of the legislature, the legislature bypassed review of the initiative and potential veto by the Governor. Although the repeal does not have a retroactive effect on existing contracts, future state contracts are not subject to Michigan’s former Prevailing Wage Law. Thus, Employers contracting with the State of Michigan should be aware that future contracts for state-financed public projects will no longer need to comply with prevailing wage requirements.

On March 26, 2018, Michigan Governor Rick Snyder signed a bill prohibiting local governments from regulating the information employers can request from prospective employees during the interview process. Public Act 84 amended the Local Government Labor Regulatory Limitation Act, passed in 2015, which imposes a similar restriction on local governments regarding the information employers can request on an employment application.

The amendment went into effect on June 24, 2018, and the statute now provides that “[a] local governmental body shall not adopt, enforce, or administer an ordinance, local policy, or local resolution regulating information an employer or potential employer must request, require, or exclude on an application for employment or during the interview process from an employee or a potential employee.” The amendment was made in response to municipalities passing ordinances prohibiting employers from seeking salary information from applicants.

Supporters of the amendment contend that it provides a consistent policy regarding the information employers can request during the application and interview process and eliminates the need for employers to comply with multiple and often conflicting local ordinances. Opponents of the amendment contend that it hinders recent efforts to achieve pay equity, which would force employers to base compensation decisions on a candidate’s experience and skill set instead of relying on possible past discriminatory salary practices.

The new law goes against the tide of the growing number of states and municipalities that have enacted or proposed legislation limiting a prospective employer’s ability to obtain and use salary history information before an offer of employment. California, Delaware, Massachusetts, Oregon, Albany County (New York), New York City, and San Francisco have enacted salary history bans. Similar proposed legislation is pending in at least 14 other states.