When a purchaser defaults on a land contract, the seller has two legal options, forfeiture or foreclosure.  Frankly, there are pros and cons for each.  Prior to initiating either action it is highly recommended the seller obtain a foreclosure commitment from a title company.  Simply, this document will identify any lien holders in the chain of title for the property.  This is important because the lien holders must be named in the action and/or put on notice because failure to do so will not eliminate their interest in the property upon expiration of the redemption period.  If they are not included in the action, then upon judgment you take the property back subject to the lien.  After you review the foreclosure commitment and identify any lien holders, you then must decide what remedy is best for you.

The first step in forfeiture proceedings is sending a 15-day written notice of forfeiture.  If within those 15 days the land contract purchaser has not addressed the default, a complaint for possession in the district court would be filed.

This documentation is typically enough for the court to enter a ruling in your favor.  Once the favorable ruling occurs, a judgment of possession for land contract forfeiture is issued and may include an award of costs. The judgment also identifies the amount the purchaser must pay to reinstate the land contract as well as the expiration date (redemption period). If the purchaser fails to pay the judgment amount prior to the expiration of the redemption period, the land contract is deemed forfeited, and all rights, title and ownership interest are vested in you.

After obtaining the writ of restitution, you will need to coordinate with the Sheriff’s office to serve the order of eviction and arrange for other service providers to remove the purchaser’s personal property, if any.  The Sheriff will charge approximately $37, plus mileage, for an order of eviction or a writ for the restitution of premises for each defendant.

Pros:  (1) Typically faster and cheaper than foreclosure.  (2) You keep all payments made to date and you get the property back free and clear of the purchaser’s ownership interest

Cons:  (1) The purchaser does not have to make payments which fall due after the judgment in order to redeem and keep the property.  (2) If the purchaser redeems before the expiration, this procedure does not prevent them from defaulting again.  Put simply, the defaulting party could be chronically delinquent, and you would have to begin the forfeiture process again for any subsequent defaults.

The first step in foreclosure occurs when the purchaser has failed to make payment for 45 days and or has made a material breach of the land contract (e.g., failing to pay real estate taxes, insurance, or committing waste on the property).  The land contract should have a “due on sale” clause which allows you to declare the entire remaining balance immediately due.

If the purchaser fails to pay the entire remaining balance, you initiate a lawsuit in the circuit court.  There will be a hearing and you should again be prepared to put on proofs to the circuit court allowing the judge to enter a judgment in your favor.  Assuming you meet the burden of proof, the circuit court enters a judgment of foreclosure for the entire balance and orders a public auction of the property.  The defaulting party has six months from the date of sale at this public auction to pay the entire balance, plus interest and fees.  Otherwise, the purchaser or anyone in possession may be evicted.

The whole foreclosure process typically takes a minimum of 12 months from filing the lawsuit to expiration of the redemption period.

Pros:  (1) Unlike forfeiture, the foreclosure avoids multiple lawsuits for a chronically delinquent defaulting party.  (2) It results in full payment of the entire balance of the land contract.

Cons:  (1) Foreclosure typically takes longer and is more expensive than forfeiture.  (2) It potentially exposes the property to purchase by an unknown third party. 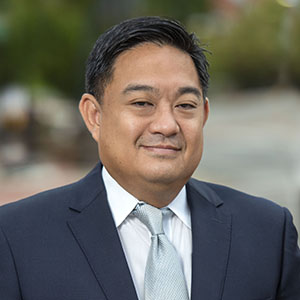 Recent Posts by or including Jim Lance