Michigan’s Right to Farm Act (RTFA) provides farmers with certain statutory rights and protections. These protections allow them to freely operate near residential and commercially zoned areas without the fear of interruption by other entities, including municipalities who may have competing land development interests. Sometimes, however, the strength of the RTFA’s protections can be undermined by judges who narrowly interpret the scope of the law or limit its application. This is the end result of the decisions found in a series of cases titled Township of Richmond v Rondigo LLC.

Rondigo was defending claims by Richmond Township that driveways built onto its composting operation were not in compliance with zoning ordinances.  The Township  also contended these composting activities constituted an unlawful nuisance. The trial court found for Rondigo on both claims.  However, the judge failed to award costs or attorney fees under the section of the RTFA that expressly provides farmers the ability to recover their costs in defending such actions. Both parties appealed the trial court’s decision.

In a March 2010 opinion, Michigan’s Court of Appeals sent the case back to the trial court to decide whether attorney fees should be awarded under the RTFA. The appeal’s court also reversed the trial court’s decision on the zoning violations related to the construction of the driveways and instructed the court to only consider attorney fees for the nuisance claim. The appeal panel’s opinion clearly found that composting was a “farm operation” under the RTFA that entitled Rondigo to consideration of its attorney fees.

The case was again brought before the Michigan Court of Appeals in March of 2013.  This time Rondigo challenged the trial court’s limitation of its attorney fees, the limitation was based in part upon Rondigo’s failure to comply with Michigan Department of Agriculture & Rural Development Generally Accepted Agricultural Management Practices (“GAAMPs”) in its compost operation. The appeals court affirmed the lower court’s finding and based its decision upon the following section of the RTFA:
A farm or farm operation shall not be found to be a public or private nuisance if the farm or farm operation alleged to be a nuisance conforms to generally accepted agricultural and management practices according to policy determined by the Michigan commission of agriculture. Generally accepted agricultural and management practices shall be reviewed annually by the Michigan commission of agriculture and revised as considered necessary, MCL:286.473(1).

The Court misapplies the statute by making GAAMP’s compliance a requisite to obtaining fees. The language cited above only indicates the GAAMP’s compliance automatically precludes the finding of a nuisance, it does not state that this is the only manner in which a nuisance claim might fail. This ruling created an additional legal hurdle for Rondigo not found in the court’s original 2010 opinion. The decision in essence requires farmers seeking recovery of their attorney fees in a nuisance action under the RTFA to not only show that an alleged nuisance is part of a farm operation, but also obligates them to show that the operation complies with GAAMPs. It overlooks circumstances where a farm operation may not be GAAMP’s compliant but also not rise to the level of a nuisance.  This presents a significant set-back to farmers defending an action for nuisance against municipal bodies which bear their own litigation expenses on the backs of the public.

Rondigo raised these issues in an appeal to the Michigan Supreme Court, which declined to hear the case. Interestingly, in a dissenting opinion, Justice Markman notes that the Court of Appeals misconstrued the statutory language it relies upon in the underlying decision because the statute leaves open whether or not a nuisance exists if a party fails to comply with GAAMPs.  In other words, a farm operation should not be required to show that it complied with GAAMPs to seek attorney fees under the RTFA for a nuisance claim that otherwise fails because there is no GAAMPs compliance requirement in the statute.

The implications of these proceedings are significant for farmers throughout the state.  The Court of Appeals’ change of direction making GAAMPs compliance a prerequisite to a farmer’s right to seek attorney fees from nuisance claims essentially eliminates the underlying purpose of the RTFA, and that is to keep municipal bodies and other plaintiffs from disrupting lawful farm operations through frivolous litigation.
Michigan farmers would be advised to reach out to their state legislators and seek a revision of the statutory language of MCL 286.473(1) to prevent any future judicial interpretations that a farm be GAAMPs compliant prior to seeking its attorney fees on a nuisance claim. The risk of pursuing litigation and the costs of establishing GAAMPs compliance undermines the protections intended by the RTFA and allows the bird to get away. 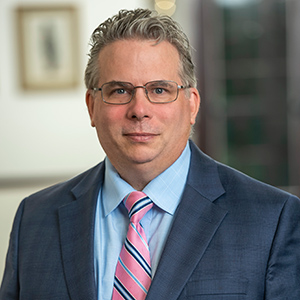 Robb Krueger concentrates his practice in civil litigation including employment, banking, contract, insurance, real estate and construction.  He has successfully tried cases in federal and state courts ranging from trademark infringement and fraud to contractual disputes.

Recent Posts by or including Robb Krueger