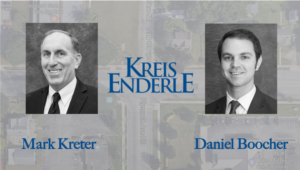 Kries Enderle litigators Mark Kreter and Daniel Boocher recently secured a victory in the Kent County Circuit Court in a civil lawsuit arising from an accident between a motor vehicle and a 62-year-old pedestrian.

According to testimony at trial, the plaintiff pedestrian alleged that the defendant driver was proceeding westbound on Leonard Street in the City of Grand Rapids at the speed limit of 35 mph. As the driver went through the Plymouth Avenue intersection, she saw the plaintiff run across Leonard Street from north to south, disregarding a crosswalk. The plaintiff crossed two lanes of traffic, entered the center turning lane, stopped, abruptly turned around, and was struck by the defendant’s vehicle.  The driver claimed there was nothing she could do to avoid the accident.

The plaintiff asked the jury for an award of $895,000 in damages, but after deliberation, the jury returned a No Cause of Action verdict that dismissed the plaintiff’s case. 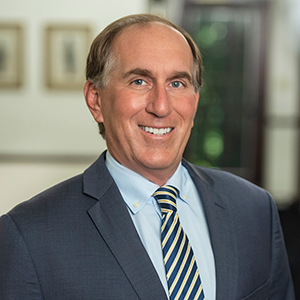